My Take on Phil Robertson Duck Dynasty and GQ

Background:
So the A&E reality series Duck Dynasty has become a bit of a cult classic in the form of a TV show. To some the show is hilarious and to some it is one of the least entertaining things on television.

The show follows the Robertson family in their business and personal dealings. The patriarch of the family Phil Roberts was the starting quarterback for Louisiana Tech ahead of Hall of Fame Quarterback Terry Bradshaw yet passed on the opportunity to play in the NFL because of "Duck Season."

Phil went through a period of time in his life where he struggled with alcoholic and criminal habits before coming to faith at the age of 28.

Phil revolutionized the Duck Call and duck hunting industry as a whole when he patented a new kind of Call in 1972 and incorporated Duck Commander in 1973. 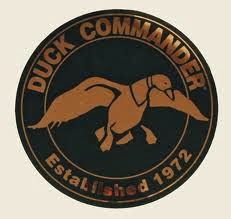 Controversy:
In a recent piece by Drew Magary for GQ magazine (read it here) the Robertson family was the center of attention. The reporter published a quotes from Phil regarding homosexuality and Phil's perspective on sin.

The primary two quotes that have sparked the controversy are:

“It seems like, to me, a vagina—as a man—would be more desirable than a man’s anus. That’s just me. I’m just thinking: There’s more there! She’s got more to offer. I mean, come on, dudes! You know what I’m saying? But hey, sin: It’s not logical, my man. It’s just not logical.”

And because of this article Phil has been suspended "indefinitely" by A&E from the TV show.

My Take on all of it:
First I would like to question the journalistic integrity of both the writer and the editor. Not because I support all that Phil says here but because it is written and published in a way to spark controversy. The first quote can be found on the first page of the article out of context from the rest of Phil's response to the reporter's questions. The bulk of Phil's response is found on page two of the article where the second controversial quote is coming from. A majority of the media outlets that have reported on the story have left out what I find to be an important part of Phil's opinion when he says:

“We never, ever judge someone on who’s going to heaven, hell. That’s the Almighty’s job. We just love ’em, give ’em the good news about Jesus—whether they’re homosexuals, drunks, terrorists. We let God sort ’em out later, you see what I’m saying?”
The scripture that Phil quotes from Corinthians talks about multiple sins, some of which he had a past with. It does not surprise me that Phil holds this position, many conservative Christians (especially in the deep south) hold this position.

From my perspective the Robertson family lives consistent with their stated beliefs. While my beliefs may differ from theirs on some points we do agree on not judging, loving others, and that Jesus exemplifies a better way to live than I know how to live on my own.

I do not agree with Phil in terms of naming specific things as "sinful" because when you do that even if you can back it up with scripture points a finger towards others. When asked about sin I like to discuss the concept of it or to point out that whatever sins may be, to God they are all equal. While at the same time I like to point out that my own sins are the worst sins in my opinion because those are the only ones I have anything to do with. My hope is that Romans chapter 8 holds true and that nothing can separate us from the love of God.

I understand A&E suspending him for commenting on how they handle the show Duck Dynasty. Maybe not an "indefinite" suspension but there are some things you can't say about your employer to a Magazine writer and not get reprimanded. If he was suspended specifically for the two quotes posted above then perhaps they should reconsider based on how the article is presented in general. Either way you look at it, this is PR tightrope for A&E to walk, even though the added publicity will probably translate to more viewers for the hit TV show. Unfortunately the irresponsible way the interview was presented by GQ has been rewarded with an obscene amount of traffic surrounding this article.

To any of my friends that might identify themselves as LGBT reading this: I want you to know that I do not see you in terms of your sexuality. I see you as individuals created by God who loves you. In any aspect of life I would be more than glad to show you that I care for you as a brother or sister. Even if you press me to do so, I will not say that your sexual orientation is inherently sin, yet without provocation I may still address other sinful aspects of your life if you display them around me, i.e. unnecessarily foul language, slandering others, hate, lust, violence, or cheating. Lets try to figure out how to live out loving others more perfectly.

Posted by Jacob Fields at 3:35 PM No comments:

This week is a very special week. It is the most important week on the entire Christian calendar and within this week we remember the events that changed our world forever. I always try to do something extra special this week of the year, and this year I have chosen to journey with you through a book by Adam Hamilton. 24 Hours that Changed the World is a great book with only 7 chapters. So Each Day - Monday to Easter Sunday - I will review a chapter from the book. I very much recommend that you click the link here and overnight yourself a copy so that you can join in the discussions of each chapter in the comments below. 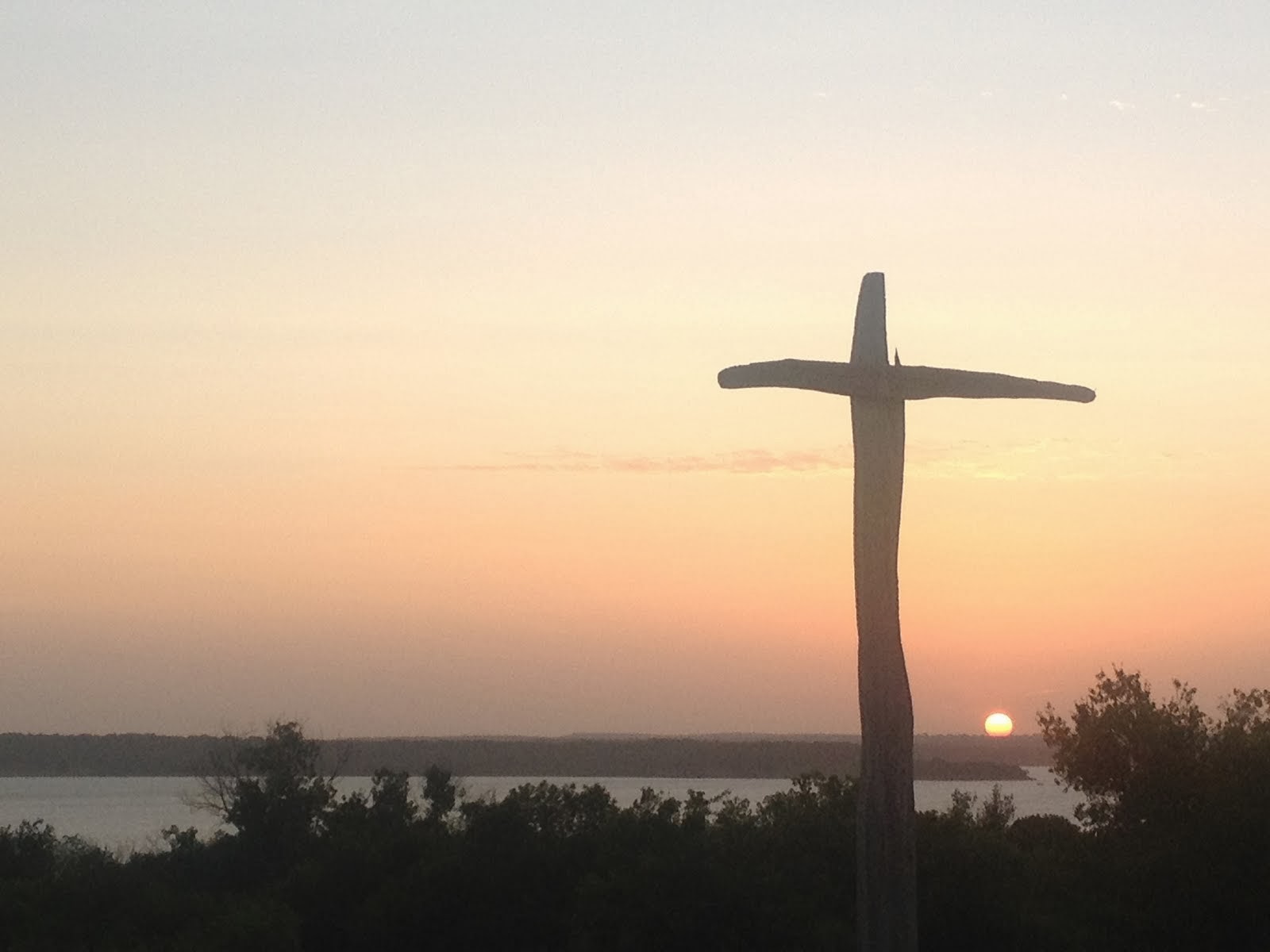 Chapter 5 - The Torture and Humiliation of the King

This is a difficult subject for me: flogging, beating, taunting. Of all the people in the entire world in all of history, it would be the easiest for us to point the finger at those people in that instant and say that is a sin: hitting Jesus with a whip, tearing his flesh over and over again. I am reminded of the movie Passion of Christ the scene from the movie that disturbed me the most was the flogging, it just kept going. When you got to the point of thinking that is enough it just kept going. Jesus never asked them to stop, he remained silent. In the moments of my sin is Christ there? is he standing silently waiting for me to realize how much he loves me? Does Jesus require or even ask us to stop or is his priority that we understand the lengths that he would go to show how much he loves us even in that moment. You see when I sin and realize that what I am doing is a sin and I continue in selfishness anyways, I am the one holding the whip. When it gets to the point where my actions have done so much damage the truth is that more often than not even I keep going. Jesus asks those who have received healing to "go and sin no more" yet to those who are still entrenched in their sin, like Zacheus the tax collector and like all those who inflict pain on him in the last hours of his life he never calls them to repent. Zacheus brought Jesus home with him and was compelled so much by Christ’s love that he changed his life without being asked. The Soldiers responsible for the task of torturing were surely included in those whom Jesus prayed for on the Cross "Forgive them, Father, for they know not what they do" and surely they are included among the witnesses of the thunder and ground shaking and the dead being raised to life that it describes happened that afternoon. Surely their lives were changed. So what is it about God's love that without condemning us for what we are doing leads us to change?

For me, this reinforces that me changing for the better is only in response to God's love for me and not that I have to change before God will love me. This is true for all of us. Maybe you have understood a different way from people of the church, insisting that you must change your ways for God to accept you; that my friend is not the case. God loves you exactly the way you are, but thankfully he loves us so much that he will never leave us unchanged after we truly experience His love. So my question for you today is: In what ways have you experienced the Love of God? And how has that changed your life?

Posted by Jacob Fields at 3:38 PM No comments: